Ci sono due modi per scegliere che scenario giocare tra i tre previsti per ogni round:

The choice of these scenarios has been designed to facilitate all players, preferring well-played and balanced ones, as well as well known.

Above all, they are not very long, so you have time to visit Rome 🙂

The first goal is to find a friendly environment to play, talk and see friends again.

Furthermore, with this Tournament the new Italian Championship ASL / MMP 2020 also begins, it will consist of 3 match: the first in Rome, the second in Carimante – January 2021 – the third in San Marino with the prizegiving of the 2020-2021 Italian champion in the ‘RWG of 2021.

The winners, both Full and SK, will be the player with the most wins in the three conventions.

It will not be necessary to be present at every convention;)

The tournament consists of Mini Tournaments (MT) of three rounds, and a General Ranking will take into account all the games played in the 4 scheduled days.

Mini Tournaments are for eight players who will compete over three rounds.

In the first round to establish the pairings a piloted draw is carried out according to the AREA ranking to prevent players with high rankings from meeting in the first round.

There will be two series of MT.

The first series will be played on Thursday and Friday;

The second series will be played from Saturday to Sunday.

1) CHOICE OF THE SCENARIO

There are two ways to choose which scenario to play out of the three for each round:

Players can also agree to play a scenario from any previous round.

No one can play the same scenario twice during the tournament.

the players secretly choose a scenario to discard and order the other two according to preference.

at this point there are three possibilities:

Second edition ASL rules are used with all official errata and available clarifications.

At least two cubic dice of equal size are required, one of which must be white when used for a DR; both numbered from one to six (with dots or digit number). In addition, the use of a glass or a dice-throwing tower is required, and the possibility of checking the result of the toss by both players simultaneously must be guaranteed. The TDs will decide on the admissibility and regularity of the dice to be used in case of disputes.

If the players are unable to finish the game in the allotted time the result will be decided in one of the following three methods:

– Agreement between the players

In the event of an Umpire decision, the responsibility for any delays in the start of the match compared to the scheduled time, or for the loss of time or excessive slowness of one of the two players will be taken into account.

The draw is NOT expected.

Both SK and full player will be able to access the general classification, provided they have played at least one full MT (three rounds). Matches from other uncompleted tournaments will also be considered for the general ranking.

The winner of the general tournament is whoever has the most wins.

For this calculation, the games of the TMs to which he is registered are used, and any games played with scenarios provided in other TMs without being registered.

Ex: A player plays a scenario of the third round of a Friday mini tournament, and the three rounds of the Saturday and Sunday mini tournament. He will be able to count on the results obtained from 4 rounds played.

In the event of a tie between two or more players, the following criteria apply (in order):

1) Direct comparison result (usable only in case of a tie between two players);

2) Round in which the first defeat is suffered (the later it happens the better).

In case of persistent tie, the players are considered to be tied.

To the winners of the individual mini tournaments, first place commemorative plaque.

at the podium of the individual mini tournaments, the new RWG Roma Tournament Pack2020 born from the collaboration between the FIW and MMP will be awarded.

At the end of the ASL Tournament, a box of the new CdG2 offered by MMP will be drawn by lot among the participants, which we thank for the support.

At the end of the SK Tournament, a RuleBook2ed will be drawn by lot among the participants. new reissue, offered by FIW.

The tournament director is

The tournament judges are

The tournament judges reserve the right to resolve any problems or unforeseen events that may occur during the tournament at their sole discretion.

All participants by registering accept these regulations. 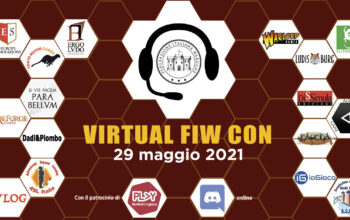 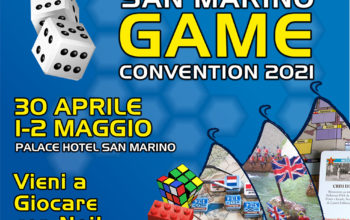