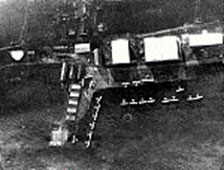 The battle of Istrana

William George Barker, whose Sopwith Camel is the plane with most victories in all WW1, was just arrived on the Italian front in 1917 when, on Christmas Day, he took off with two other pilots for an unauthorized flight. Ignoring the tacit truce that was respected by Italians and Austrians in that holy day, they attacked the airport of Motta strafing hangars, planes and people with incendiary bullets. They also dropped a cardboard sign: “To the Austrian Flying Corps from the English RFC – wishing you a merry Xmas.”
Then they did not come back directly to their base – they stopped at the Italian airfield of Istrana to have their planes repaired from AA holes, so that their own officers would not know what happened.
Austrians and Germans were fiercely offended. Early the next morning, pilots and observers were waken up, still groggy for what they had drunk for Christmas, an ordered to retailate. At 9 am 25 bombers and a higher escort of 15 fighters reached the Istrana airport, thinking it was the base of RFC Camels. Italian sentinels were not considered reliable at first when they gave the alarm, but enemy planes were soon on the airfield. 15 Italian Hanriots managed to take off while 3-4 British Camels were already flying in the zone and joined the fight.

Two mats joined on the long side, for a total of 136 x 98 cm. On the center of one mat an airfield with three target cards at half a ruler from each other. Place the two hanriots between the targets. Place the Camel anywhere on the side of that mat. Germans are placed on the opposite side of the other mat.

Special rules
Lockable controls – Albatros fighters had a special mechanism to lock controls and free both hands of the pilots in case machineguns should be unjammed. If this optional rule is in use, in the phase in which machineguns jam the pilot may decide to lock controls and speed up unjamming. Discard one jammed machine guns counter immediately. Until all jammed machine guns counters are discarded, replace all planned maneuvres with straights.

Victory conditions
A load of bombs on the red dot of a target destroy it, on any part of the target but not on the red dot damages it.
A plane whose center is out of the gaming field counts as destroyed, but after all bomb loads have been dropped within half a ruler from avtarget’s center Germsn planes can exit from their side without penalty.
German score 1 point for each target damaged, 2 for each target destroyed. Both players score 3 points for each plane destroyed, 6 for the Gotha.

Options
If you use advanced rules, the Hanriots are on the ground and must take off while the Germans are already on the table.
You can add more planes, using the Points System to keep sides balanced:
https://www.wingsofwar.org/forums/sh…=points+system
Historically, the German escort stayed high and did not protect their bombers. For a more historical scenario, replace the Albatros D.III with a second Albatros C.III and add another target to be bombed.

Aftermath
A second wave at 1 pm came with surprise and was stopped. Austro-Germans lost 11 planes, while Italian losses were several Hanriots bombed on the ground.

Historical notes
Two-seaters involved were actually DFW C.V, twin-engine bombers were AEG G.IV at their first appearance on the Italian front.
In our game, Scaroni’s and Fucini’s Hanriots have two machineguns on their Hanriots. Actually, only in Spring 1918 Scaroni added a second weapon to the standard one, later followed by other aces. For a more strictly historical setting, replace the three Italo-British planes with four B-firing Hanriots and redistribute skills, discarding Lucky Pilot.